Chests are lootable containers that can be found scattered across every island. Their spawnpoints are set by the island's creator, but not all spawnpoints produce a chest every reset from an Weather#Understorms. Each island has a set number of Large Chests and Small Chests probably based on the surface area of the island and whether or not the island's creator placed enough spawnpoints.
Should all of the contents be removed from a chest, and the inventory menu subsequently closed, the container will dissolve and disappear. Learn the spawnpoints, and you'll have a leg up on other players trying to get that loot.

Chests will usually contain schematics and codex entries of appropriate rarity (depending on the biome), as well as other miscellaneous items such as: atlas lifters, salvage, ammunition, torches, camp fires and clothing. 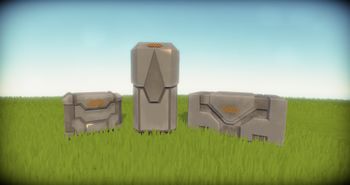 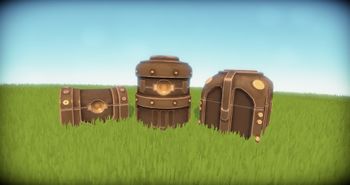 There are 6 different designs for small chests, 3 for the Kioki Unity zones, and 3 for the Saborian zones. Images of those chests are shown on the right. Typically, these chests contain two different item types from the following: 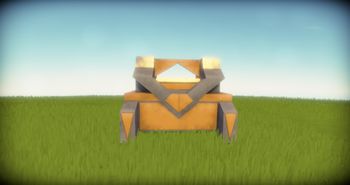 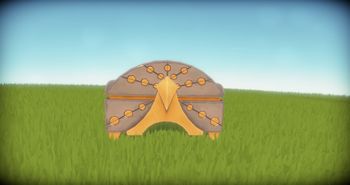 Large Chests have 2 designs, one for each culture, and contain significantly better loot than the small chests. Island creators can only place down 3 possible spawn points for large chests and they contain usually contain 4 of the possible items from the list above. Images of these chests are shown on the right.